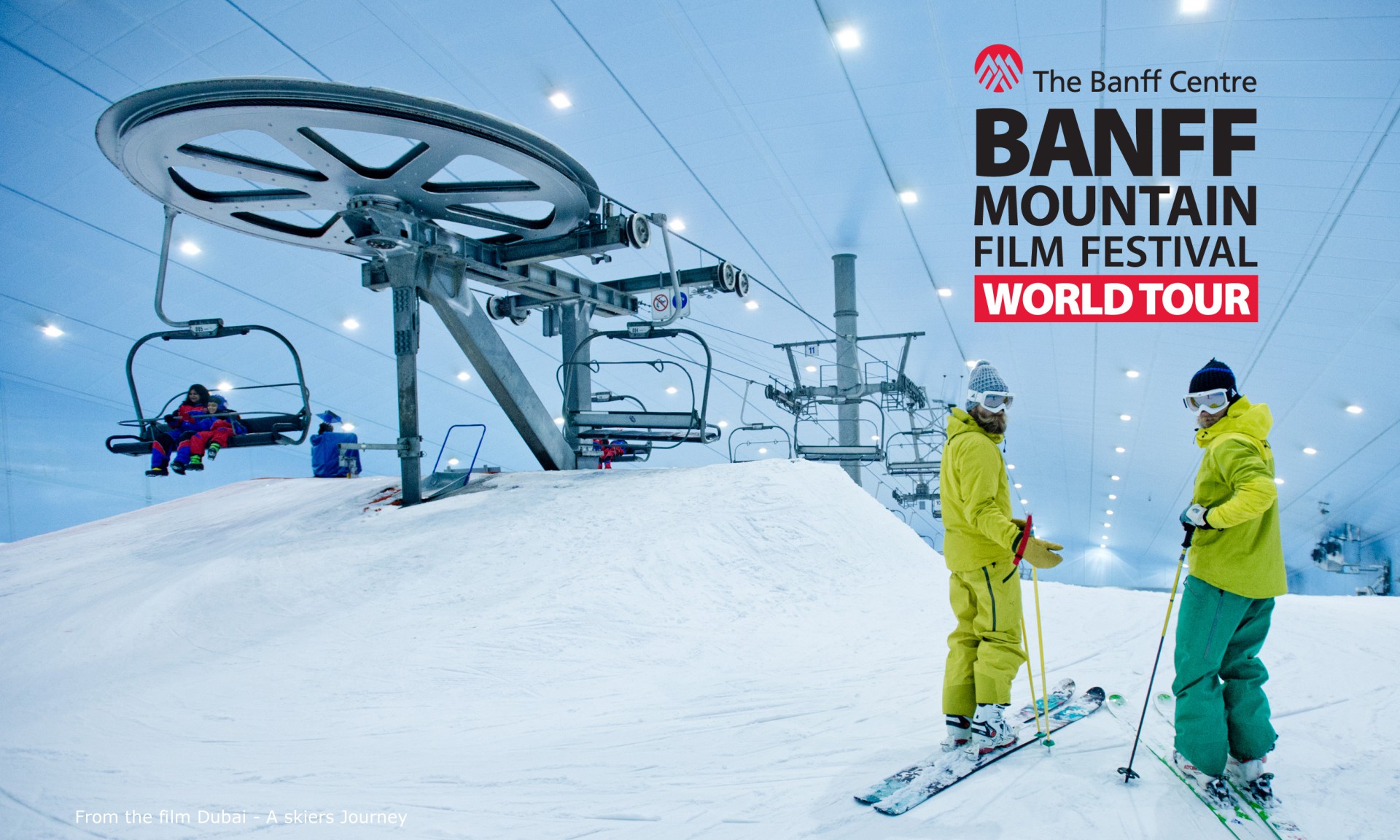 I was fortunate to be able to watch the BANFF Mountain Film Festival 2013/2014 on its last day of screening in South Africa. I just returned from a 4 week trip from Europe and arranged to come early just so that I could see it as I was totally blown away by the 2012/2013 screening (see review here).

The trailer for the 2013/2014 film festival was impressive – I’ve shared it with many friends.

The festival began with an adventure short film that Cape Union Mart had selected as a winner from a South African competition that they held. Titled “Ons het geklim” it showcased beautiful visuals of climbing in Gauteng with a poetic narrative. I assume the message was a variant of “I think (or climb) therefore I am (a climber). A simple and clear message.

I felt that the narrative needed a little more story to it when I first saw it on the big screen. However on re-watching it I could hear the passion for climbing in the narrator’s voice, and after listening to each word I now have a deeper appreciation for this film. You can check out the short film here.

The 9 international films of the 2013/2014 BANFF Film Festival were then screened:

This was a spectacular, humorous and fun short film that demonstrates the skills of 7 mountain bikers in New Zealand. Were they cycling or flying? Both from the looks of it.

This group is incredibly talented. Towards the end of the film they have to ride on an epic ramp and land on a mini hill besides the ramp – I did not see that coming. This group takes mountain biking to the next level!

2. The Beauty of the Irrational

A short film about trail running in the Fish River Canyon, Namibia. I immediately recognised the destination and then the athlete; South African trail running professional Ryan Sandes.

This was a powerful and daring short film intertwined with a beautiful narrative that speaks to me about having balance and creating your own paths in life.

My buddies have invited me to hike with them in the Fish River Canyon next year. Perhaps this film has inspired me to take on that challenge…?

3. The Questions We Ask

One of my favorite short films questioning what defines an adventure, whether it has to be extreme or whether it’s about our curiosity and willingness to embrace uncertainty. A beautiful story filmed around the adventures of a stand up paddle-boarder!

The best film of the entire festival!

Forget Bear Grylls. Forget Macguver. You need to learn about Inge Wegge (25) and Jørn Ranum (22) who spent 9 months during the Norwegian winter in an uninhabited bay of a remote arctic island in Northern-Norway.  When they mentioned an arctic beach I thought to myself that they must be kidding, followed by the question of whether you can get a brain freeze from surfing in icy water. These youngsters definitely did not grow up with the benefit of warm waters that we have in Durban, South Africa. They search through the shelves of local supermarkets and eat food that has passed its selling date. Why let it be thrown away if it’s still edible? They collected approximately 3 tons of trash from the beach and arranged for a local waste-removal company to airlift and dispose it.

And they had fun surfing and snowboarding!

Quite a number of humorous moments like their icy bath and the olive oil “thermostat”.

It was sad to see so much waste turning up on the beaches. I can’t imagine how far that trash traveled to end up on the shores of an Arctic beach. It makes me wonder how much more polluted the ocean is from human trash.

Still, these youngsters made good use of the trash to build a livable habitat. Plastic bottles were used for insulation and an oil barrel was converted into an oven with an attached chimney.

The Northern Lights footage, snow covered beach, dark sea surfing, snowboarding down the mountain slope and being struck by the first rays of sunlight to land on that beach after a winter with many days of no daylight – too beautiful. I have no idea how they captured some of that footage.

Everyone should watch this film – we can all learn a number of lessons from these adventurers.

5. Split of a Second

Wingsuit gliding is a sport that I have mixed feelings for. It’s amazing but the cost and risk of this adventure for me personally is too huge. I’ve read of many jumps go wrong. The athlete mentions that 99.9% of their time goes into preparation and the remainder is spent in flight. Each person knows their limits and what they are capable of and I respect that.

I watched this film at the Reel Rock 8 film festival in 2013 (which the Mountain Club of South Africa screened). I totally enjoyed re-watching it again. It starts with an interesting statement that rocks actually have a life of their own. At some point they turn into dirt, become lava and explode back onto the Earth as rock again. Beautiful!

I’m not sure if I could eat the high-protein breakfast Daniel Woods was served.

I always see climbing as a vertical challenge but to see Daniel bouldering in the upside-down horizontal position at Hydrangea– wow!

The story then moves to Sensei Yuji Hirayam inviting Daniel to join him on an expedition to climb Mount Kinabalu in Borneo. The granite plateau makes this place look like it’ from another world.

Watching sun-burnt Daniel psyche himself each morning to get up and climb was inspiring. He demonstrates how determination and the power of focus are necessary to achieve one’s goals.

I watched Daniel’s climb of that final slab of Tinipi in wonder – if you believe in yourself, do some analysis of the problem before heading off and wait for the right moment, you’ll find that anything is possible.

I loved how they transitioned between a static newspaper that was brought to life and reality, with a great narrative, epic music and beautiful skiing using the abandoned town as their playground. Wealth and greed have a limited lifetime, but the spirit of adventure outlives all.

8. Keeper of the Mountains

This story was not about an athlete. It was about a lady who was witness to and documenter of all the expedition attempts to Everest ever since Nepal had opened its doors up to the world. Elizabeth Hauley reminded me of the importance of having a good, passionate story teller relate a good story.

She explains that there are 2 reasons people climb Everest:

Elizabeth has interviewed tens of thousands of expedition teams who climbed Everest. All this information is available in a database for anyone to reference. It’s incredible that as a non-climber, she is in a position where expeditions actually have to prove themselves to her.

This was a beautiful, touching film.

35 was a great film to end the film festival with. Again I loved the message. We are told to treasure each moment; each second of our lives. You don’t have to participate in extreme sports to find adventure. You will find it everywhere, even within the cities we live in and within our homes.

We should all strive to make our dreams a reality. We should set ourselves challenges and try to overcome them – this is one way to add joy, happiness and excitement to our lives.

Thanks again Cape Union Mart, Ster Kinekor and other local sponsors for bringing the BANFF Film Festival to South Africa. I”m looking forward to the 2015 screening.