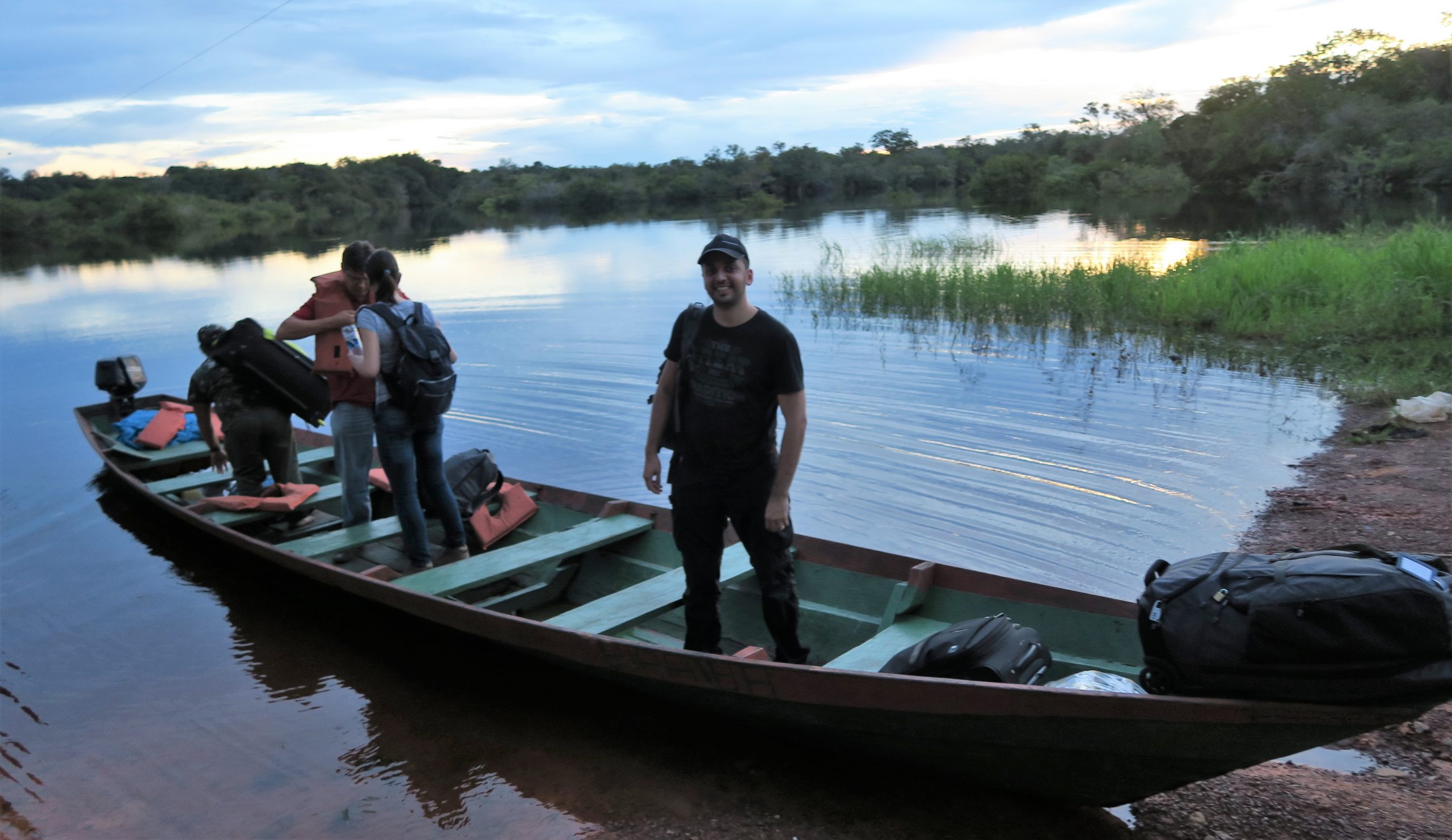 I awake at 0830 and went directly for breakfast. Go Inn Manaus had an extensive selection of options to choose from. It was the 1st time I’ve ever had cashew nut juice.

After breakfast I took a short walk around the hotel. 2 or 3 blocks in either direction. I saw what looked like a minaret and on closer inspection found a mosque just 2 blocks in front of Go Inn Manaus.

The mosque was closed at that time of the morning. There was a small public square nearby.

I checked out a little street art but had to rush back to the hotel when it started raining.

I packed, showered and rested a little. By 12pm I checked out.  It was pouring outside but I still wanted to go out for a walk.

The first stop was a pharmacy opposite the Amazon Theatre to buy some antibiotics and anti-histamine just in case I’d need it in the jungle. I also bought some local anti-mosquito lotion which made my collection of insect repellents total up to 4.

The pharmacy is next to Palacio Justice. I checked out a local restaurant with fresh produce from the Amazon jungle.

And a local shopping center.

It was strange to see fishing rods being sold on the street.

I walked a little further on to see some of the local restaurants but then headed back to Go Inn which has a little mini-market in the reception.

I purchased a tuna sandwich and a soft drink called Guarana Antarctica Zero. I’d seen this brand on Instagram many times before under the hashtag #Antarctica (when I used to post pictures of my Antarctica trip). It was nice to finally try out this drink.

I was expecting a pickup at 1pm but the guide for Amazon Tupana Lodge only arrived at 1340. We left by 2pm when the shuttle which just picked up a Brazilian family of 3 from the airport arrived to collect us at Go Inn Manaus. There would be 4 transportation legs to get to Amazon Tupana Lodge, 200km south of Manaus and approximately 3.5 hours away.

I saw my first frozen piranha. From here we took a speedboat to the village “Careiro da Varzea” (30 minutes across the river).

On arrival at Careiro da Varzea it was interesting to see a filling station in the river.

I guess the boats have to fill up somewhere and this makes it convenient.

Onto the 3rd leg of the journey, a shuttle collected us at Careiro da Varzeo and would drive us to Rio Tupana, about 2.5 hours away.

Ten minutes into the ride we pulled over to see some Amazon Water Lily’s.

These flowers are huge.

A hundred meters away we pulled over again at a petrol station.

While the shuttle filled up I went into the store with the Brazilian family.

They told me to try out Guarana Bare. Apparently you can only get the Bare flavour in this part of Brazil. I also bought some Yogurt and Pringles for the ride.

We mostly passed by farmland on the drive.

Somewhere along the ride the driver pulled into a little village to pick up some people. 1.5 hours later we arrived at the small town Castanha where the driver dropped us off near some public restrooms and restaurants while he dropped off his passengers.

I took a little walk to check out Rio Castanha.

Back at the restaurant the Brazilian family was having ice cream.

They told me to try out the cupuasu ice cream.

I’d never heard off or eaten cupuasu fruit before. It was great to have some locals around to make these recommendations to me.

The sun was just setting at this time. It was now time for the 4th and final transfer by boat though the mangrove forest to Amazon Tupana lodge.

All of us were thrilled to be heading into the forest.

We reached the lodge in almost pitch black darkness.

The lodge had its diesel generator online and the lights within the buildings were switched on.

We were offered a welcome drink (cupuasu juice) at 1830.

Robinson, our guide from British Guyana explained the program to the Brazilian family in Portuguese, and then to me in English.

I then went to check out my room.

After a quick cold shower and resting a little I came out to the main building for supper at 1930.

There was a caiman spotting tour that night but Robinson recommended we do it on our final night as he had 9 guests already on the boat (In total there were 13 of us at the lodge that night).

I ate fish and rice for supper and sat with the Brazilian family. They were from Brasilia and planning to visit  Panama and Costa Rica after Manaus. They said that not many Brazilians visit Manaus as it’s quite expensive for local Brazilians to discover the Amazon. On the way to Amazon Tupana Lodge many of the people we met along the way were surprised to see the Brazilian Portuguese family. They are used to seeing foreigners most of the time.

The rooms had power from the generator all night until 0730am, That means there was power for the 2 lights, one power socket for the fan and 2 extra power sockets to charge my cameras. I slept by 9pm.